Can you tell us a little about your book? 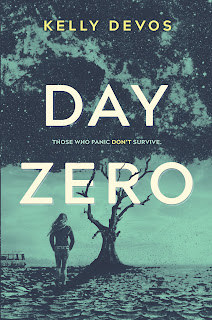 DAY ZERO is a young adult thriller set in a near future, quasi-dystopia that follows a teen hacker, Jinx Marshall, who believes that her father is responsible for triggering a political and economic crisis. Jinx is left in charge of her little brother, Charles. While she’s pursued by a shadowy, paramilitary group and is on the run with her stepsiblings, Jinx tries to learn the truth about her dad.

How many books have you written?

I’ve written six books in total. Out of the six, two (FAT GIRL ON A PLANE and DAY ZERO) have been published and two additional books (DAY ONE and EAT YOUR HEART OUT) are scheduled for publication in 2020 and 2021.

I’m currently working on a couple of new horror ideas that I can’t wait to discuss more once I have things a bit more fully fleshed out.

I feel like one of the things I did early on was to connect with other writers in my area. These people are now some of my very best friends and I am thankful for them every day. So, my advice is to find your writing people!

I just finished two amazing books. One is SPELLHACKER by M.K. England. It’s kind of like a teen, magical, Ocean’s 11. The other is WHAT I CARRY by Jennifer Longo and if you decide to read it (which you absolutely should), bring some tissues because you will be crying and laughing and laugh-crying.

Kelly deVos is from Gilbert, Arizona, where she lives with her high school sweetheart husband, amazing teen daughter and superhero dog, Cocoa. She holds a B.A. in Creative Writing from Arizona State University. When not reading or writing, Kelly can typically be found with a mocha in hand, bingeing the latest TV shows and adding to her ever-growing sticker collection. 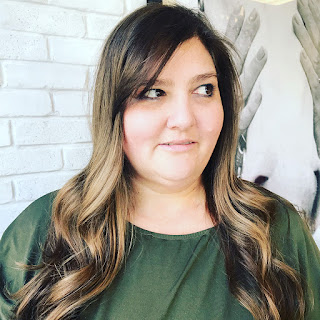 London. Her work on body positivity has been featured in the New York Times as well as on Vulture, Salon, Bustle and SheKnows. Her debut novel, Fat Girl on a Plane, named one of the “50 Best Summer Reads of All Time” by Reader’s Digest magazine, is available now from HarperCollins. Her second book, Day Zero, is now available from Inkyard Press/HarperCollins.

About DAY ZERO
Fans of Susan Beth Pfeffer’s Life As We Knew It series and Rick Yancey’s The 5th Wave series will cheer for this fast-paced, near-future thrill ride.

If you’re going through hell…keep going.

Seventeen-year-old coder Jinx Marshall grew up spending weekends drilling with her paranoid dad for a doomsday she’s sure will never come. She’s an expert on self-heating meal rations, Krav Maga and extracting water from a barrel cactus. Now that her parents are divorced, she’s ready to relax. Her big plans include making it to level 99 in her favorite MMORPG and spending her weekend with her new hunky stepbrother, Toby.

But all that disaster training comes in handy when an explosion traps her in a burning building. Stuck leading her headstrong stepsister, MacKenna, and her precocious little brother, Charles, to safety, Jinx gets them out alive only to discover the explosion is part of a pattern of violence erupting all over the country. Even worse, Jinx’s dad stands accused of triggering the chaos.

In a desperate attempt to evade paramilitary forces and vigilantes, Jinx and her siblings find Toby and make a break for Mexico. With seemingly the whole world working against them, they’ve got to get along and search for the truth about the attacks—and about each other. But if they can survive, will there be anything left worth surviving for?
Posted by Bookish Fangirl at 5:07 AM