Interview with Jenna Nelson, author of The Snow Globe

Yes, THE SNOW GLOBE is Book 1 in a duology. It's about a young Elementalist, Sondrine Renfrew, in Victorian London who works in her Aunt's apothecary and antique shop. One day a stranger comes in and offers an ancient snow globe in 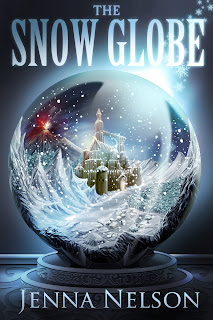 exchange for some medicinal herbs, and Sondrine readily accepts. When her aunt betroths her to one of London's elite, she runs away and falls down a veritable rabbit hole into Winterhaven, the icy and formidable land inside the snow globe. Adventure and mystery and romance ensue. (I can attach my query if this isn't intriguing enough.) The book was shortlisted in the 2019 The Times/Chickenhouse Books contest.


Are you working on anything new?

I finished THE CRYSTAL SKY, which is Book 2 in the duology. Now, I'm working on a YA Contemporary Fantasy.
What’s your writing process like?

All over the map. I have no process, per se. And I revise heavily.

Don't quit your day job...until you can, financially.

Becoming by Michelle Obama. I try not to read fantasy or YA when I'm writing because I compare myself, which is bad. So I tend to read NF when actively writing.

Jenna Nelson grew up in St. Paul, MN, where her first taste of the fantastical was watching The Wizard of Oz on television. Soon after, she became obsessed with portal fantasy, tornadoes, and demanded that her family call her Dorothy. (Drama llama!) After receiving her BA in Communications from UW-Madison, she headed to California in her 1979 Buick Electra, the largest car known to humankind.
Currently, she is an MBA student at Antioch – Santa Barbara. Late-deafened, she received a cochlear implant in 2017. As a bonafide cyborg, she now resides in Los Angeles with her husband and their saved-from-the-pound pup, Clancy.
Posted by Bookish Fangirl at 2:18 AM