Top 5 Wednesday is a weekly meme hosted by Sam from Thoughts on Tomes and created by Lainey from Gingerreadlainey.

In the books we read, nine times out of ten we're supposed to be rooting for the good guy. It's ingrained in our brains, right? Harry Potter's the good guy, he should win. Anne of Green Gables, we want her to succeed over the mean girls, etc. That sort of thing.

However, there are characters that I find just as interesting and those are the ones that are considered "bad guys". This could mean they're quite villainous (Bellatrix Lestrange) or they're just morally ambiguous and their situation is understandable (maaaybe Barty Crouch Jr.).

Teaming up with Top 5 Wednesday's topic this week, Favorite Minor Characters, I decided to theme the choice to look at "bad guys" because their motivations are, to me, often more complex than those assigned to the good guys. Nebula, Guardians of the Galaxy films

In the first Guardians of the Galaxy film we're introduced to Nebula, a daughter of Thanos that is lent to Ronan for his quest. There's not as much insight into her motivation in this film aside from hating her sister and working for Thanos and Ronan, the two big bads in this film, but once Guardians of the Galaxy Vol. 2 came out we learned more about why she hates Gamora (her sister who is a main character), her primary motives regarding Thanos, and her personality. She goes from evil in the first movie to morally ambiguous in the second film and she became much more sympathetic, I think, because her torture at the hands of Thanos was intense and prolonged. The consequences of such also bring up the question of how much of Nebula is really left, considering she's a cyborg now. I'm very curious to see where her character goes in the future; hopefully she'll get more screen time in future installments. Barty Crouch Jr., Harry Potter and the Goblet of Fire

Anyone's who has read Harry Potter and the Goblet of Fire knows that Barty Crouch Jr. turned out to be quite evil. He is responsible for sending him to the graveyard where Voldemort comes back and, once that doesn't kill Harry, tries to kill the boy himself. Those actions are pretty bad, but after all of his years in Azkaban, I can kind of see how that might have twisted him. I'm not 100% sure that he was really evil when he went in and instead suffered from his father's blind ambition and sense of justice. He was nineteen when he fell in with the wrong crowd, an underestimation of the Death Eaters, and got caught up with Bellatrix and her husband when they tortured the Longbottoms into insanity.

Moriarty has been portrayed many times across film and page, each iteration bringing something more to the character that makes him interesting. In Guy Ritchie's film, Sherlock Holmes: Game of Shadows, he's more the brilliant professor type that goes up against a slightly unhinged Sherlock, whereas in BBC's Sherlock he's the unhinged one that is so deliciously, criminally insane. My favorite scene from that is when Moriarty steals the Crown Jewels, setting off their security system while simultaneously setting off burglar alarms at the Bank of London and Pentoville Prison.


This took genius, but also shows off his flair and odd playfulness, which is not something one expects in a villain. While in this version he might veer more toward's main character, I still think overall Moriarty isn't in the books or the media enough to be considered a main character, which is a shame.

Le Fou is a character that starts out bad, but in the newest film version of the story has a bit of a turnaround arc. For those of you that haven't seen the 2017 Beauty and the Beast film, this is a SPOILER discussion of his character.

I prefer Le Fou in the 2017 film version because he's more fleshed out rather than a flat bad guy character. In the Disney film of the 90's, he was a buffoon and a complete puppet for Gaston to use as he pleased. There are developments in his character in the 2017 story, however, that give him not only motivation for why he's hanging around Gaston, but also start to give him perspective when Gaston begins show his true colors by blackmailing Maurice for Belle's hand. He's a bad guy, but he's a bad guy that gets a redemption arc. It's almost like Barty Crouch Jr. got to rectify his mistakes, but in this instance we can actually see that happening whereas Barty went to the Dark Side and got the Dementor's Kiss. 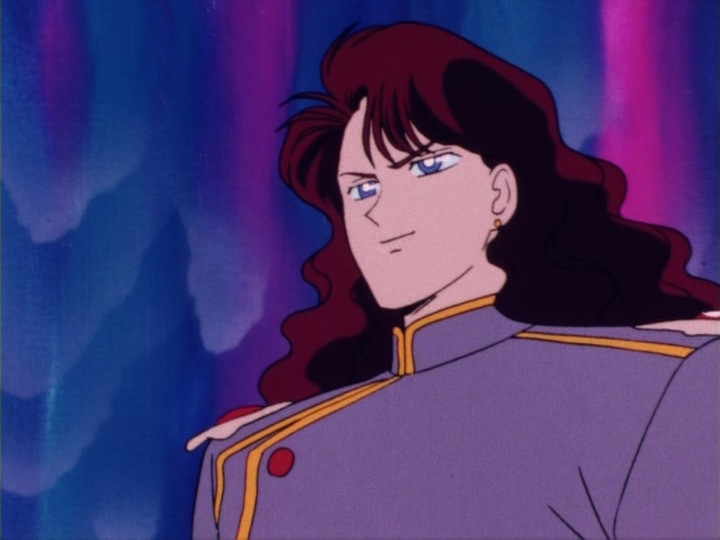 I miss the original Sailor Moon anime because it has some truly amazing bad guys that are around for their individual storyarcs. In the first season, my favorite was Nephrite, a general of the Dark Moon Kingdom. He shows an interesting tactic in gathering energy for his leader, targeting specific people rather than large groups as his predecessor did. His theme for calling up monsters was also neat because it was centered around his obsession with astrology, so the monsters that were created from his power tended to be Zodiac or constellation themed. Nephrite also had an almost love story with Naru, one of Usagi/Sailor Moon's best friends. It was such a short lived and tragic story that I cry every time I watch it.

Reading back on my list, I realize that I have a thing for tragic characters, no matter how much they'll end up hurting him. What is it about books that make us cry that make them so good?

Are there any bad guys that you favor? Any tragic characters that you like to read about or watch again and again, even though you know your heart is going to break? Let me know in the comment section down below.

All pictures, quotes, and videos belong to their respective owners. I use them here solely for the purpose of review and commentary.
Posted by Unknown at 6:10 PM