I've said it before, and I'll say it again - 2017 is an absolutely fantastic year for diverse releases. I had planned on talking about diverse releases in March, April, and May, but I soon realised that there were way too many important books that I would miss out!

Here are just a couple that I am personally excited about (and you should be too!) 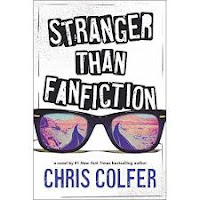 The Hate U Give by Angie Thomas: #ownvoices black woman, inspired by Black Lives Matter (released Feb 28th, but I had to have it on here)

The Inexplicable Logic of My Life by Benjamin Alire Saenz: LGBT+

The Lucky Ones by Julianne Pachio: Latinx MC 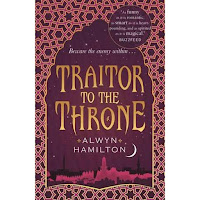 Traitor to the Throne by Alwyn Hamilton: based on Middle Eastern mythology (sequel to Rebel of the Sands)

Things I Should Have Known by Claire LaZebnik: autistic character, LGBT+ MC

A Crown of Wishes by Roshani Chokshi: #ownvoice POC MC (sequel to The Star-Touched Queen)

White Tears by Hari Kunzru: this one is being difficult! It definitely talks about white privilege and forgotten black blues singers

The Princess Saves Herself in This One by Amanda Lovelace: mental health rep

Forget Me Not by Ellie Terry: MC with Tourettes

Aaaaaand that's all for today! I'm sure I've missed out loads of fantastic diverse books being released in March - if you know of any more, or have any further information about any of these books, leave a comment! I want to read them all!