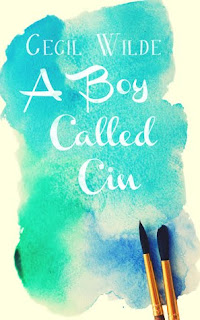 On the search for a cup of coffee before the guest lecture he's giving, Tom spies a tired, half-frozen young man who looks even more need of coffee than him. On impulse, he buys the man a cup—but an attempt to strike up conversation ends in the young man walking off, seemingly put off by Tom Walford—the tabloids’ favourite billionaire—buying him coffee. But when he reappears in Tom's lecture, all Tom knows is that he doesn't want the man slipping away a second time.
Agreeing to dinner with a man he only knows from internet gossip columns isn't the wisest decision Cin's ever made, but he wants to like the infamous Tom Walford and he can't do that if he doesn't give the man a fair chance to be likeable. Which he is, almost frustratingly so, to the point Cin wishes maybe he hadn't been so fair because he never had any intention of getting attached to Tom, who seems to come from a world far too different from his own for anything between them to last. Little does Cin know, they’ve got a lot more in common than he imagines—including their shared discomfort with their assigned genders, and all the complications that go with it.

A Boy Called Cin is a sweet trans romance by Cecil Wilde (an #ownvoices author).

Please note, I am cis. Here is a review by Inked Rainbow Reads - if you know of any other reviews by trans readers, please leave a comment, and I will include it here.

I thoroughly enjoyed A Boy Called Cin. It is definitely a romance before anything else. It almost feels like a fairytale - there is instant attraction between the two MCs, one of whom is a billionaire. Their banter soon turns into a summer together in a beautiful house, and then love. In short: this is definitely not the book to pick up if you want some gritty realism! If you're in the mood for fluffy romance, though, it is perfect.

It is more diverse than it seems - Cin is trans, Tom is bisexual and genderqueer, and Tom's sister Poppy is trans as well. This inclusive cast led to really good discussions of body dysmorphia, being genderqueer, and various trans experiences. The book also focuses a lot on the intimate side of Cin and Tom's relationship, and their search for body positivity, especially in the bedroom. I'll admit, I've not read many books that talk about this side of being trans, but I really enjoyed the focus on making sure that they both were comfortable and happy with the sex they were having.

The one potential issue I could see is that Tom funds Cin's transition. Because of the age difference between them (Tom is around 40, Cin is under 21), there could have easily been a problematic power dynamic within their relationship. However, I personally think that Wilde went about this in a really good way, as Tom makes it clear that he was helping Cin with his transition out of love, rather than any ulterior motive. Also, given their personalities - Cin is quite sarcastic and has no problems standing up for himself, while Tom is a tiny lovely marshmallow - this really didn't become an issue.

There are trigger warnings for Cin's family, who are transphobic. However, they do not play a large part in the story.

In all, I would definitely recommend A Boy Called Cin if you're interested in fluffy, LGBT+ romance!

Wilde has written quite a few other books, including a short story in Geek Out: A Collection of Trans and Genderqueer Romance, Tea and Werewolves, and Defying Convention. I'm going to check them out, how about you?
Posted by Unknown at 9:00 AM