Scott’s skills as a surveillance expert come in pretty handy when he’s breaking down firewalls. But 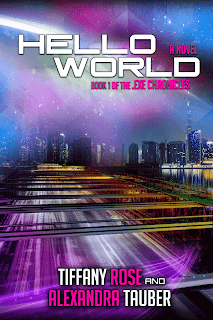 hacktivism isn’t enough; he’s going after the holy grail—UltSyn’s Human Information Drives, human assets implanted with cerebral microchips. While plenty of hackers are trying to save the world these days, all Scott wants is to find his sister.

After following the clues to London, he makes a plan to kidnap the technical marvel heading into town. When this Human Information Drive turns out to be someone unexpected his nerve waivers. The HID, who calls herself Sonia, would be priceless on the market, but born out of joint self-preservation the two team up.

With her contacts, they travel across Europe in the search of personal secrets and leave a trail of industrial espionage all for the sake of misdirection. As the unlikely pair digs deeper into restricted databases, Scott discovers that those who enlist with UltSyn get far more than they bargained for. Not only is this secret HID program is much bigger than he had imagined, students are lining up for a future they only think this biotech wonder company can provide. Even worse, these leads are getting him nowhere closer to his own goals.

Plunged into a world of human trafficking, Scott is determined to find his sister no matter the cost, which tests Sonia's fragile friendship with him. But when the information reveals the people closest to Scott have been working for UltSyn all along, he has to find them—before UltSyn finds him.

You can pre-order the ebook now, or wait until February 21st to get the paperback!

How Co-Authors Exist by Alexandra Tauber

With the debut of my novel, a lot of people ask me “how do you work on a book with someone else?” whenever I mention I have a co-author. And while I’ll admit it’s not always easy, it’s pretty simple.

To preface, Tiffany and I met on a role playing website when we both wanted to write about an original story about assassins. This happened 7 years ago.

One of the things about writing a book, if you’re putting yourself into it, you’re exposing a lot about yourself within it. I have to say my co-author knows more about me than most of my closest friends. And that vulnerability makes a strong relationship between the two of you and your story.

On the technical side of things, we used Google Docs to write together in real time, and Skype while we wrote out the outline of your novel. We spend a lot of time herding the plot bunnies and sharing the sadness or excitement of each chapter.

A big thing is trust, and knowing you both want the same things. There’s always compromise, arguments, and fear. But just like any relationship, one as co-authors needs communication.

One of the most rewarding things is sharing the experience and the same creative mind with another person. I think this is something Tiffany and I are so lucky to have. We love each other’s ideas and run with them and getting that response is always great.

I’m not sure co-authoring is possible for everyone, but if you find the person you sync well with intellectually and creatively, it’s never going to be difficult.

And you’ll always have someone to complete your thoughts whenever you struggle to find the words. 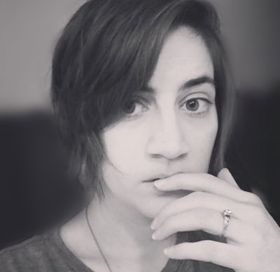 Tiffany Rose is still waiting for her Starfleet uniform to arrive, but isn't so picky about color. Until then she spends her time writing about magical girls, the morally grey, and articles that would warrant the title of cyberpunk beatnik since the themes are unabashedly focused on queer theory in the information age. Any extra time would ideally be spent looking out for plot bunnies and serendipity, but in reality, likely used on refreshing twitter.

For more check out her twitter, goodreads, or her book blog Art Over Chaos! 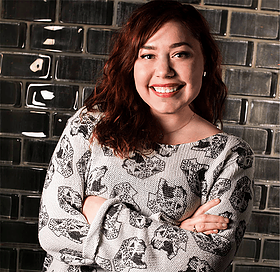 Alexandra Tauber spends much of her time cuddling her cat and putting off any adult responsibilities. Love of science fiction, comic books, and video games fed into her creativity since her youth and drove her to take part in many online roleplaying communities, and formed her aspirations to write novels. Her point of focus is inclusive writing that honors the struggles of more than the carbon copy white knight figure.

Posted by Bookish Fangirl at 9:22 AM