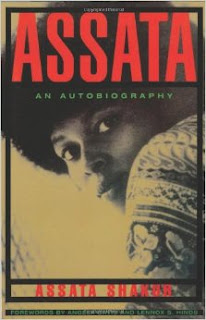 On May 2, 1973, Black Panther Assata Shakur (aka JoAnne Chesimard) lay in a hospital, close to death, handcuffed to her bed, while local, state, and federal police attempted to question her about the shootout on the New Jersey Turnpike that had claimed the life of a white state trooper. Long a target of J. Edgar Hoover's campaign to defame, infiltrate, and criminalize Black nationalist organizations and their leaders, Shakur was incarcerated for four years prior to her conviction on flimsy evidence in 1977 as an accomplice to murder.
This intensely personal and political autobiography belies the fearsome image of JoAnne Chesimard long projected by the media and the state. With wit and candor, Assata Shakur recounts the experiences that led her to a life of activism and portrays the strengths, weaknesses, and eventual demise of Black and White revolutionary groups at the hand of government officials. The result is a signal contribution to the literature about growing up Black in America that has already taken its place alongside The Autobiography of Malcolm X and the works of Maya Angelou.

Hello, all! I am so pleased to be reviewing Assata: An Autobiography by Assata Shakur for my first book review on Bookish Fangirl. This is the last book I've read for 2017's Black History Month, and what a way to finish up!

I'm ashamed to say that before I read this book, I had never heard of Assata Shakur. I originally picked it up because I saw that one copy had a forward by Angela Davis, who I adore. I've also been trying to educate myself more about revolutionaries and the struggle towards racial equality. So, I thought this would be a perfect way to further my understanding.

The chapters alternate between Assata's childhood and young adulthood, and the trials she faces after she is accused of kidnapping, bank robbing, and murder. Every section was better and more moving than the last. I can honestly say that this is one of the few autobiographies I've read in which every section is necessary - at no point does she resort to unneeded naval-gazing, but rather, she wonderfully describes how she became a revolutionary. Some of the most interesting chapters for me were about the Black Panthers. She is unafraid to both praise and criticise the organisation, and I really felt like I got a much better understanding of what the Panthers did, and what their ideals were.

Each chapter ends with one of Assata's poems. They are deceptively simple - I would definitely recommend checking them out. They are true testimonies to her courage and revolutionary spirit, and were a highlight of the book for me. 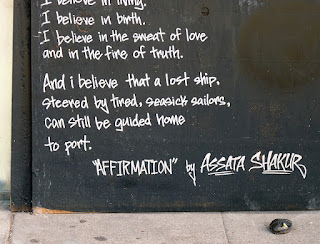 Finally, because of the subject matter, there are a whole number of trigger warnings, including attempted sexual assault, attempted murder, physical and psychological torture, and the use of racial slurs. Assata does not censor herself in the slightest - and I personally commend her for that.

If this sounds interesting to you I would also recommend Ta-Nehisi Coates' book The Beautiful Struggle.
Posted by Unknown at 9:00 AM