Blog Tour: Book playlist for And The Trees Crept In by Dawn Kurtagich

Book playlist for And The Trees Crept In

Girls Just Wanna Have Fun by Chase Holfelder
I'll drown by Sóley
300: Rise of an Empire (Medley: Imperatrix Mundi and War Pigs) by L’Orchestra Cinematique
Dirty Paws by Of Monsters and Men
Hungry by Dave Navarro
Willow Tree March by The Paper Kites
This Love by Craig Armstrong
Secretly by Skunk Anansie
We’ll Meet Again by Vera Lynn
Hannah’s Theme by The Chemical Brothers
Mirrors by PVRIS
The Secret Path by The Moon And The Nightspirit
Diabolical Streak by Jill Tracy
Lacrimosa by Zbigniew Preisner
Mad World by Gary Jules
Music for a forgotten future by Mogwai
Celtic Requiem by John Tavner

Thank you for having me on your wonderful blog! Be sure to come say hi and follow me on instagram, because I might just be listing a giveaway soon….!
Title: AND THE TREES CREPT IN 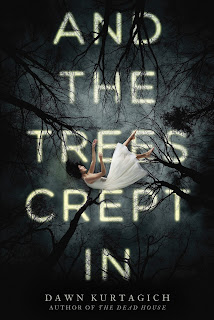 A stunning, terrifying novel about a house the color of blood and the two sisters who are trapped there, by The Dead House author Dawn Kurtagich When Silla and Nori arrive at their aunt's home, it's immediately clear that the "blood manor" is cursed. The creaking of the house and the stillness of the woods surrounding them would be enough of a sign, but there are secrets too--the questions that Silla can't ignore: Who is the beautiful boy that's appeared from the woods? Who is the man that her little sister sees, but no one else? And why does it seem that, ever since they arrived, the trees have been creeping closer? Filled with just as many twists and turns as The Dead House, and with achingly beautiful, chilling language that delivers haunting scenes, AND THE TREES CREPT IN is the perfect follow-up novel for master horror writer Dawn Kurtagich. 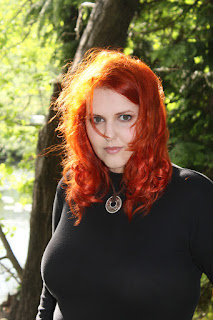 Dawn Kurtagich is a writer of creepy, spooky and psychologically sinister YA fiction, where girls may descend into madness, boys may see monsters in men, and grown-ups may have something to hide. Her
debut YA novel, The Dead House, is forthcoming from Orion/Indigo (UK) and Little, Brown Books for Young Readers (US) in 2015. By the time she was eighteen, she had been to fifteen schools across two continents. The daughter of a British globe-trotter and single mother, she grew up all over the place, but her formative years were spent in Africa—on a mission, in the bush, in the city and in the desert. She has been lucky enough to see an elephant stampede at close range, a giraffe tongue at very close range, and she once witnessed the stealing of her (and her friends’) underwear by very large, angry baboons. (This will most definitely end up in a book . . . ) While she has quite a few tales to tell about the jumping African baboon spider, she tends to save these for Halloween! When she was sixteen, she thought she'd be an astronomer and writer at the same time, and did a month-long internship at Cambridge's prestigious Cavendish Laboratories. She writes over at the YA Scream Queens, a young adult blog for all things horror and thriller, and she is a member of the YA League. Her life reads like a YA novel.

Giveaway Details: 3 winners will receive a finished copy of AND THE TREES CREPT IN, US Only.