Today, I have the pleasure of hosting Aften Brook Szymanski for the release of her YA thriller, Killer Potential! Keep reading because there is information about how you can win a $50 Amazon gift card! 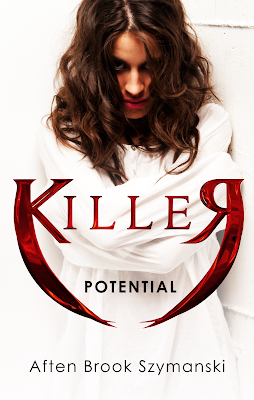 Seventeen-year-old Yvette Gibbs was just admitted to the hospital psych unit in handcuffs as the main suspect in a murder case, which she refuses to talk about.


Drugs and depression claim her family—leaving Yvette to fight her own demons alone. Adopting the skill of master of passive-aggressive vengeance lands Yvette in the psych unit with no family support, unless she cooperates with her therapist to clear her name, also a convicted murderer.

Yvette wants revenge on the world that taught her to be afraid, claimed her mother to depression, hid her father in a fog of job hopping, turned her brother to dealing drugs, and swallowed her sister whole, but to achieve this she must lie, manipulate, and most of all survive. Pitting her dead sister’s shady friend whom she fears against the man who reminded her she’s not immune to victimization, is her perfect solution to all life's hassles, even if that means she ends up with blood on her hands. Until everything backfires. 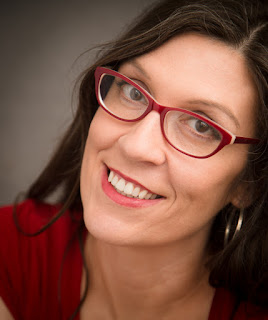 Aften Brook Szymanski, at the age of five, once fell on her bum looking out a large picture window while eating a pickle and people laughed. She thought she was funny, life has never been the same. She’s obsessed with LEGOs, cozy reading nooks, and over-the-knee socks. A graduate of the College of Southern Idaho with an Associate of Arts degree, Brigham Young University with a Bachelor of Science degree, and the University of Utah with a Master of Education degree. Learning is more fun than testing, sometimes we have to endure both.

She lives in a very cold Wyoming valley with her husband, three kids, and one unhappy cat, where they are being cryogenically preserved for all time—thanks to how cold it is.


Buy Killer Potential and Add it to your TBR!


Posted by Bookish Fangirl at 6:32 AM