Cover reveal for The Someday Birds by Sally J. Pla

Charlie wishes his life could be as predictable and simple as chicken nuggets. And it usually is. He has his clean room, his carefully organized bird sketchbooks, and his safe and comfortable 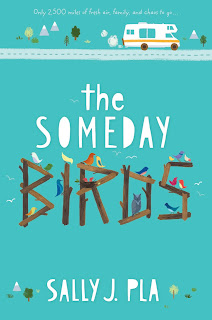 But his perfectly ordinary life has been unraveling fast, since his war journalist father was injured. Now, life consists of living with Gram, trips to the hospital, and wishing things were different.
When Dad is flown from California to Virginia for further medical treatment, Charlie ends up having to travel across country with his boy-crazy sister, unruly brothers, and a mysterious new family friend. Along the way, he decides that if he can spot all the birds that he and his father were hoping to see in the wild, someday… Then maybe, just maybe, things will turn out okay.
Debut author Sally J. Pla has written a middle-grade novel that is equal parts madcap road trip, coming-of-age story for a boy who doesn’t quite understand the world, and an uplifting portrait of a family overcoming a crisis. 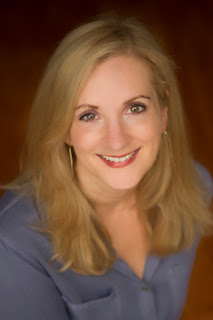 Sally J. Pla has three sons, a husband, and an enormous fluffy dog. She lives in a house near lots of lemon trees in Southern California, where she’s hard at work on her next novel for HarperCollins. Taylor Martindale Kean of Full Circle Literary represents her.

When my three sons were younger, we took lots of summer road-trips in our old minivan. They weren’t always easy for my autistic middle boy, who didn’t like the change, strange foods and strange places.
So we’d try to make things as smooth as possible. For instance, we’d always eat at places that served his preferred food source—because, as he once put it: “I figure you can survive pretty much anything, as long as you can order the chicken nuggets.”
With that, a story-idea hatched in my brain.
The Someday Birds is my own neurodiverse heart-gift to kids who are different, kids put in tough situations, kids dragged into journeys they don’t want. It’s about self-acceptance, about learning how to feel more at ease in the world. There’s some humor and some heart-ache, and birds, lots of birds. (Charlie adores birds, and fervently believes that learning bird-behavior is the ultimate key to understanding human behavior.)

Posted by Bookish Fangirl at 2:23 AM